Xiamen, China (April 6th, 2013)-Milesight, the leader in IP-based megapixel camera solutions, is pleased to announce the release of the new version 2.0.0.16 of Milesight VMS Lite. This updated release includes the new feature, improvements and bug fixes described as below:

1. Added 'zoom in' feature for the image.

1. Optimized the MJPEG code which further enhance and improve the performance of the software.

2. The robustness of the software is enhanced; a daemon would be created and restart the software if it is closed caused by some unexpected errors.

3. Support multiple-disk recording; if the space of one disk is running out, the storage path would switch to next disk automatically.

5. The live view window of the camera which is alarming would pop up automatically on the screen.

1. Fixed the issue that the camera couldn't be disabled if it's in reconnection status.

2. Fixed the issue that the graduations of the image parameters such as Brightness, Contrast, and Saturation would be displayed on the leftmost end if there is no value received in the adjustment process.

3. Fixed the noise issue that occurs if the audio is turned on when playback.

4. Fixed the issue that the program would get stuck and no longer attempt to connect the camera if it fails to receive the primary stream. 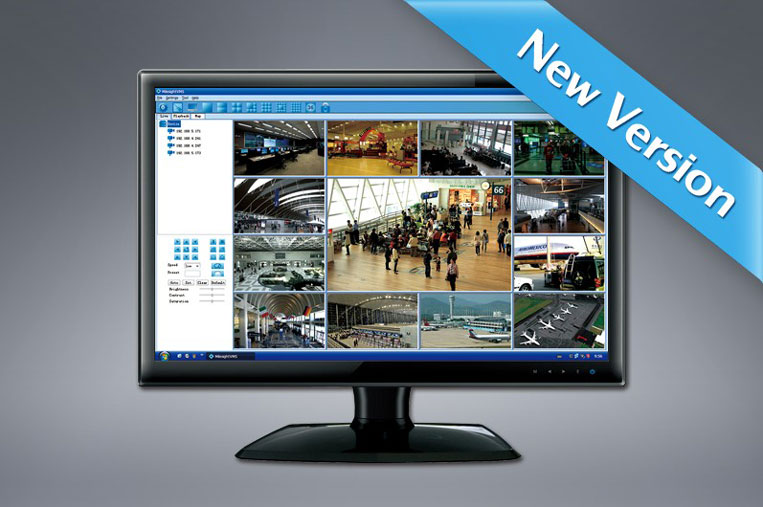