Xiamen, China (July 25th, 2014)-Milesight, the leader in IP-based megapixel camera solutions, is pleased to announce the release of the new version 2.1.0.15 of Milesight VMS Pro. This updated release includes the new feature, improvements and bug fixes described as below:

Optimization:
1. Moved the configuration page to the main tab;
2. Optimized the compatibility, e.g. add the "sharpness" feature, and the image adjustment is compatible with that of other vendors;
3. The mail encryption method becomes configurable and is compatible with more mail addresses.

1. Fixed the bug that the Milesight VMS Pro fails to open because the network card hasn't be initialized when start up;
2. Fixed the bugs of the previous version and optimized the stability. 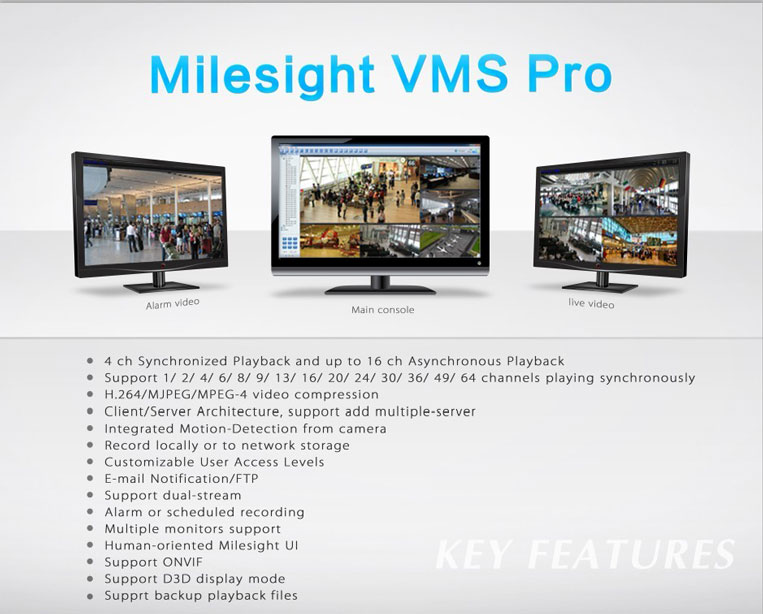 Stay up to date with our latest products, solutions and news